The Attorney General’s Office of Ukraine counted this Sunday 379 dead Ukrainian children and others 2022 injured since the beginning of the Russian invasion, in

of February, according to a statement from the Prosecutor’s Office published on Telegram.

“On the morning of 28 from August 2022, more than 1.67 children were affected in Ukraine as a result of the large-scale armed aggression of the Russian Federation. According to official data from juvenile prosecutors, 379 children died and more than 733 were injured,” the statement reads.

The Attorney General’s Office guarantees, however, that the data “are not definitive, as they are being investigated in the areas of hostilities, temporarily occupied and liberated areas”.

According to information from the Attorney General’s Office published by Ukrainian news agency “Ukrinform”, the highest number of children killed and injured was recorded in the Donetsk region, with 388; followed by the Kharkiv region with 202, and the Kiev region with 116.

According to the data released in Ukraine, the rest of the children killed or injured correspond to the Chernigov region (68), the Mykolaiv region (67), the Lugansk region (67), the Kherson region (55) and the Zaporizhzhya region (44).

“Ukrinform” recalls in its information that last Friday two children aged 8 years and 1 year and 8 months died as a result of a bombing in the residential infrastructure of the village of Kamianka, district of Pology, region of Zaporizhzhya .

During the war, according to Ukraine, 2.328 educational institutions were damaged by daily Russian bombing. Of these, 289 were completely destroyed.

The sexual assault on children: how childhood is being destroyed

Left radicalizes – and with the blessings of the STF 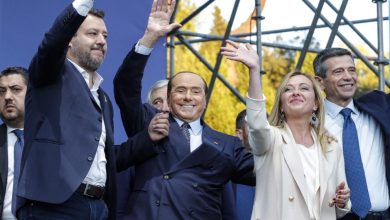 US asks UN to debate China's crimes against humanity