Good is when the news is boring. Until recently, newspaper writers needed subjects and polemics, so that they had a lot of subject for many texts. Now it’s different: maybe that subject appears. A subject that cannot be escaped, as it is the elephant in the room. But then there’s every decision of the Supreme (Federal Court), every weird sentence given by activist judges after a lawsuit brought by activist prosecutors, that the best thing is nothing happens, nothing at all, so that there is nothing to comment on. Now, it is worth pointing out that it is not me, a laywoman, who says that the prosecutors and the judge are activists; it was the experts heard by the Gazeta who said so. I’m following the science, the experts. If the MP wants to sue me for this column, sue the experts heard by Gazeta first. Maybe the right thing is to do away with all opinion columns, since opinions are fake news except when backed by experts. Instead, the judiciary will appoint, democratically, specialists to occupy the former opinion columns. And instead of an opinion, the experts would issue a Truth bulletin. You really need a bulletin, because it changes all the time.

So, as I said, it’s better when the news is quiet. If there is nothing to comment on, there is no risk of coming across a prosecutor at the door, or with an arrest warrant issued by a Supreme Court (Federal Court) judge. I wouldn’t even need to write a cake recipe. I could just read and review.

But the news of the last few days didn’t help.

See, for example, the citizen who is walking, walking, walking on the beaten earth by the river to spend lunch made in a remote area with no phone signal. The citizen arrives at a pleasant spot with stools, picks up her cell phone with signal and discovers that the STF tweeted about a prison. The text reads: “Because there is evidence of authorship of the crimes, the Federal Police indicated the need for temporary arrest, which took place this Friday (22). Freedom of expression is not freedom to destroy democracy, institutions and the dignity and honor of others. Share the truth”. I promptly shared the truth, as what the Supreme says is the truth is the truth.

Who was arrested? There’s no way to tell from the tweet. What I learned is that someone was, through freedom of expression, destroying democracy. It was something so urgent that the police said they needed to arrest and the Supreme, very agile, ordered arrest.

Phew! If the Supreme hadn’t acted, I was in danger of being out of a democracy right now. What would this Brazil without democracy that threatens us imminently be like?

The fish was good!

I better tell you that this Sunday the fish was good. Give gastronomy tips, what to order in a Bahian restaurant. To say that the beans that accompany the fish are the so-called “olive beans”, the black-eyed peas made with palm oil and dried shrimp, which I really like. I could talk about cuisine and regionalisms, thus transforming myself into a columnist for tourism and cuisine. If I want to do justice to my training in humanities – I’m dou-to-ra! – I can talk about the same things, but without that somewhat altruistic thought of the travel writer, who focuses on things the reader can come to see with his own eyes, or gives instructions for him to decide which dishes to try. Instead, I could focus on myself, my self and my ego, and turn a Sunday lunch into a female empowerment journey, quoting Simone de Beauvoir. Local color would give occasion for racialist sociologisms. I could report that I saw many boys playing shirtless outdoors on a sunny day and regret that they are so poor, but so poor, that they have no shirt to wear. From there would come a social criticism – and I would be an expert, since I’m a dou-to-ra.

Anyway, I think I would have to get some cats to breed. I would do chronicles talking about the personality of my cats. Otherwise, I would speak ill of a man. I think everything will be fine: I’ll complain about men and talk about cats. And then flowing gender, considering myself a non-binary person. The Gazeta will attract many subscribers, as people like to read texts in which specialists speak ill of men (or whites, or heterosexuals), well of themselves (or themselves, or themselves), problematize social relations and, to relieve so much brain activity, talk about cute subjects like cats. Do you really like it? I don’t know, I don’t think so. If that were the case, the press would not go into crisis.

But very well, democracy almost ended this weekend. Glad the Supreme saved her! The threat to democracy was the video of an unknown man who incited to put the Supreme Ministers to flight, as well as Lula. He said that an enigmatic collectivity to which he belongs was going to do and happen; even so, he asked the viewer for help so that the video went viral. Under Normal Temperature and Pressure Conditions, I would say that he could be denounced for the crime of threat. Even so, I believe there is some difference between someone who threatens with conditions to fulfill it (for example, having a hostage in hand) and a threat that is nothing more than bravado. This last one gives a headache, but bravado rarely becomes a police case.

For the Supreme Court to save democracy by arresting the guy who threatens, the least I expected was that he would have bombs in the Planalto , who had a plan to stab one of the threat’s targets—a plan so sophisticated as to include an alibi in Congress. In fact, the very fact that he threatens a bunch of ministers and a bunch of PT members is an indication that he has no plan: a lot of uncertainty. Furthermore, the Supreme Court presented only words as a threat to democracy. There is no mention of bombs or anything.

Since the Supreme Court is right, it remains to be concluded that that man with a cell phone in his hand and a loose tongue could destroy democracy just by chatting. Or maybe chatting in front of a camera and spreading little video on the internet. Should be it. After all, the Supreme believes so much in the power of a little video, that he made a video response on Twitter, repeating the bravado with the names changed. Instead of Lula or Levandowski, “João” and “Luana” enter. The end of the video says spread this one. I, who am not stupid, retweeted. The text above the video reads: “Imagine if these threats were directed at a friend of yours. Certain behaviors cannot be normalized.”

Behaviours to be normalized

Agree, Agree. We shouldn’t normalize threats, nor finger in the nose. So it doesn’t follow that I have to call the Federal Police when I see someone cleaning the hall. “But wiping your nose doesn’t threaten democracy!!”, says the supreme-democratic reader, outraged. So it is. We then return to the cold cow, since the news does not leave us alone. First I read that a lone bravado is a threat to democracy. Soon after, I read in this newspaper the article about the NGO Anjos da Liberdade, which is amicus curiae of the STF, whose founder “has been providing legal services for more than two decades for leaders of trafficking in drugs from different criminal organizations, especially the Comando Vermelho – the main faction in Rio de Janeiro”. A state deputy from Rio asks that the NGO’s conflict of interests be taken into account in its actions regarding the ADPF’s judgment on the favelas – that stylus by Fachin that prevents the police from going up the hill. The NGO even asks for the names of the police officers involved in the operations!

Have you ever thought if the Supreme fought the Red Command and the PCC with the same dedication that it intended for “fake news”? Maybe it’s because the CV and the PCC do not threaten democracy. It can only be this. Now it remains for the Supreme to tweet a little video explaining to laypeople what democracy is. 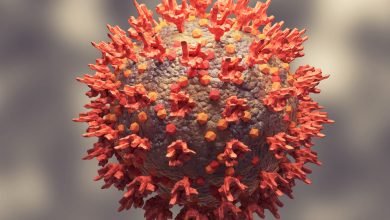 Covid-19 reinfection grows: what you need to know 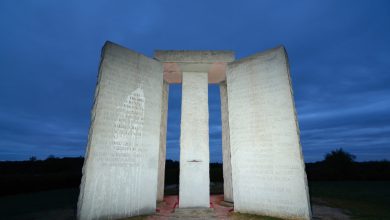 The Georgian stones symbolize a perpetual fight with the human 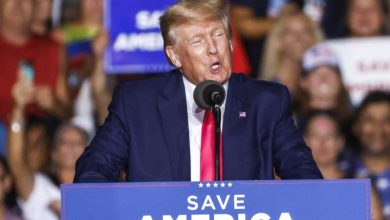 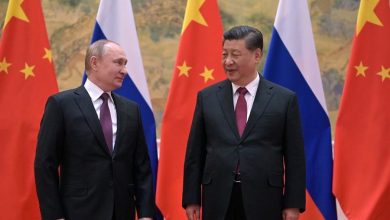 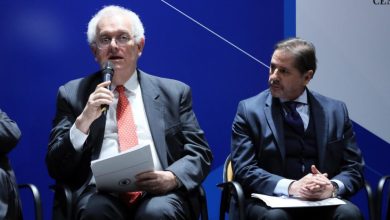 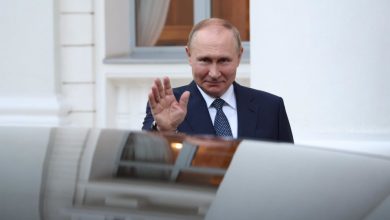 Russia suspends US inspection of its nuclear facilities