If the closure of bars, cafes or restaurants can never be compared to the loss of a single life due to the scourge of the Covid-19 pandemic, the collapse of the sector represents the destabilization of an entire economic chain and a large number of professionals and their families.

In the city of São Paulo, until mid-2020, the association estimated that 12,000 establishments had already closed their activities due to the effects of the pandemic. In each state, that number would be around 50,000.

The year we shut down at home, abused deliveries, and watched with fear escalating death tolls – approaching 200,000, according to underestimated data – was the year cities like Rio and São Paulo have lost traditional houses that for years and decades have been part of the life and history of its inhabitants.

When, finally, the worst year of our life passes and 2021 can be differentiated from 2020, it will be sad to walk through these two capitals and see the scale of the pandemic damage reflected in the closed doors of bars and restaurants.

PASV
The Formica counter and the walls covered with wood and old tiles made it clear that the Pasv, opened in 1970, was one of the last restaurants to look like a center that no longer exists. Paella, feijoada, spanish stew and done dish: it was possible to have lunch there until mid-afternoon.
The team was missing. A few years ago, Maria, in her sixties, broke her leg and never came back. You remember the dishes well done, the waitress who did the math with mental calculations you would never dispute, and the certainty that lunches with colleagues at work – I hope they come back to you – will not be over. never feel like paying homage to the classic one.

Plugged
Closed since the start of the pandemic, the bar that was once the bohemian stronghold of Vila Madalena was still trying to survive on food delivery. Did not work. Together, the branch only recorded normal sales in January. During the carnival in February, with the restrictions on revelers around the western zone, incomes had already fallen. The five partners are still trying to come to an agreement with an investor to reopen. In any case, going through number 245 of Rua Fidalga at this peak time and seeing the bar that was the last to close the closed area’s opening hours is heartbreaking.

Marcel
Almost 65 years ago. During this period, one of the most important and traditional French restaurants in São Paulo survived populist presidents, military dictators, the New Republic, two indictments and the return of populism – now true -, crises successive and economic plans. Survived. Not to the Covid-19 pandemic and the collapse of the Brazilian economy, no. Chef Raphael Durand Despirite’s house, which once belonged to his grandfather, promises to return in the future, in a new model and a new place. It was one of the best breaths in town.

La Frontera
The South American restaurant, which offered dishes such as Milanese grilled meats with clarified butter, arugula, cherry tomatoes and Dijon mustard, operated in a pretty house next to a dead end behind Consolação cemetery. In April, still at the start of the pandemic, it was one of the first houses to announce its closure. Since then, the extended quarantine has made it clear that it is impossible to stay open. La Frontera’s older brother, Argentinian Martin Fierro, in Vila Madalena, continues to operate.

Jaw
Even if you twisted your nose in a place that you might call ‘cool’ and ‘trendy’, the chances of liking Mandibula were great. The combination of beer, gin-tonic and the atmosphere of the Galeria Metrópole has made the bar a place that should at least be known to those who have loved and hope to enjoy São Paulo’s nightlife. It is true that the owners planned to leave the address due to the time constraints imposed by the gallery, but the plan was to continue elsewhere in the city like Barra Funda or Liberdade. There was no time.

Sufficient coffees
Not that you’re not going to have coffee at Suplicy anymore. The chain also has 24 stores open. You will not be able to sit in the Alameda Lorena unit in Jardins, which had been in operation for 17 years. Like owners of other establishments, owner Marco Suplicy expects his café to start operating in the neighborhood in the future. In one of the most interesting points of this part of town, it was a cafe with personality, which did not exaggerate values ​​and gave the place a charm that only good cafes have. This was the case with Suplicy de Lorena.

Octavio Coffee
Opened in 2007 by the former governor of São Paulo Orestes Quércia on a 1,600 m² plot on Faria Lima Avenue, the Octavio Café was once considered the largest cafeteria in Latin America. Out of the chain of five stores, only two remain, both at Viracopos Airport in Campinas. With 12 different methods of preparing coffee beans, Octavio was very popular with businessmen and professionals in the financial market. It was not enough to keep the operation of the imposing architecture viable during the pandemic.

Bistro Blú
The charm of this restaurant in Perdizes, west side, was that it really looked like the meaning of the word bistro, small and unassuming. At the starter, duck croquette, and on the main course, the duo Blú, medallion of filet mignon with pepper and parmesan risotto. They were the best choices. The good menu and the wine list were not everything, however. In João Ramalho’s tiny townhouse, two blocks from PUC, the jazz trio playing on the mezzanine made it the perfect place for dinner for two. After 15 years of opening, there was only one siding left in front of Blú.

Itamaraty
Even an internet campaign tried to save one of the city’s most traditional restaurants. Frequented by lawyers, judges and professors, the house had been in front of the USP Law School for 80 years on José Bonifácio Street. The Despendura campaign – playing with lawyers’ tradition of not paying restaurant bills on August 11, when the profession is celebrated, Hanging Day – was Itamaraty’s latest attempt to revive Itamaraty. The presidents and ministers of the STF, in addition to the former students and the Paulistanos in general, have much to regret.

Petirosso
Opened in 2007, by Italian chef Marco Renzetti, Osteria del Pettirosso, in Lorena alley, in Jardins, western area, was a piece of Rome, land of Renzetti, in São Paulo. It was also one of those places that was worth every visit. Even if you were that type of customer who always orders the same dish, the menu would make you think two, three, four times. Still, it was hard to turn down the imperiali fettuccine, the chef’s version of the traditional fettuccine all’alfredo, which was still finished at the customer’s table. At the beginning of July, Renzetti launched Petti per Te, via delivery.

Hippodrome
Located in Baixo Gávea, Rio’s bohemian bastion, Hipódromo bar has closed its doors after 75 years of operation. The bar suspended its activities in March due to the Covid-19 pandemic. In July, he attempted to reopen the delivery system, but the bar, which has received generations, did not resist and announced its closure on July 21.

Sit down
Neighboring Central do Brasil, in Rio de Janeiro, the restaurant closed in November after 70 years of operation due to the effects of the Covid-19 pandemic. With a simple facade and decoration, the house has gained prestige with the lobster dishes, in addition to the famous coxinha shrimp. The cod and seafood dishes were also famous. The place was already suffering from the abandonment of the surroundings and therefore had restricted opening hours. Even the title of “king of the lobster” did not guarantee the restaurant’s survival in this crisis.

Holy Spirit
Located in a 19th century mansion in Santa Teresa, Rio de Janeiro, Espirito Santa closed in May after 15 years of operation. The menu, under the direction of chef Natacha Fink, offered dishes made with ingredients from the North, such as Amazonian fish. “It was 15 years facing battles. The largest to enhance the neighborhood of Santa Teresa (…). We resisted as much as possible, but we reached our limit ”. This is how the owners said goodbye to their customers in a message posted on social media.

Casa Villarino
One of the birthplace of Bossa Nova, Casa Villarino was founded by the Spaniards in 1953 in Rio de Janeiro and sold “dishes, snacks, drinks and fine edibles,” according to its website. This is where Tom Jobim (1927-1994) and Vinicius de Moraes (1913-1980) met in 1956, through Lúcio Rangel. At one of their tables, they played the song “Orfeu da Conceição”. Located in downtown Rio, the house was closed during the Covid-19 pandemic. He tried to reopen the doors in July, but couldn’t resist and ended up closing in November.

Carandaí
Installed ten years ago in a classified and centenary property in Jardim Botânico, in Rio de Janeiro, the emporium, opened ten years ago, was known to promote the small Brazilian artisan producers, who made cheeses, cold meats. , bread, wine and beer that could be consumed at the tables at the back of the store. It ended its activities in September with the crisis caused by the Covid pandemic. “Some stories need an end, so others can be written. We love what we do and want to keep doing it. Now is the time to look to the future, ”they wrote on a social network.

Gamboa Trapiche
Housed in a 19th century townhouse in Rio de Janeiro, the Trapiche Gamboa was opened as a concert hall in 2004, before the Porto Maravilha project, to revitalize the region. It is one of the three icons of the region: Pedra do Sal, Ladeira do Valongo and Largo da Prainha. The mansion, with a ceiling height of 13 meters and a capacity of 250 people, was the scene of samba circles, bringing together generations of famous musicians. He also played jongo, chorinho and other musical genres. It did not resist the Covid-19 pandemic and ended its activities in March, but it still dreams of reopening.

Monastery
Founded in 1964 in the center of Rio de Janeiro, near Praça Mauá, the Portuguese restaurant could not withstand the Covid-19 pandemic and the death of its founder, José Temporão, in April, at the age of 97 years old. With a granite facade under a white awning, it had “a classic cuisine, a diverse menu and a lot of comfort” and served “the most demanding customers”, according to its website. The restaurant even received the costume politicians of Ulisses Guimarães. Its owners, including former minister José Gomes Temporão, announced the closure of the house in June.

Navigator
Located at the Clube Naval, in downtown Rio de Janeiro, the Navegador restaurant, opened in 1975, has already brought together renowned clients, such as the Minister of the Economy, Paulo Guedes. In June, chef Teresa Corção recorded a video for the minister in which he warned that the restaurant he loved would close. She also listed the issues that led to the closure, such as difficulty accessing credit. After more than four decades of operation, the house, which supported local producers and Brazilian cuisine, could not resist and had to close its doors after auctioning off furniture and utensils. 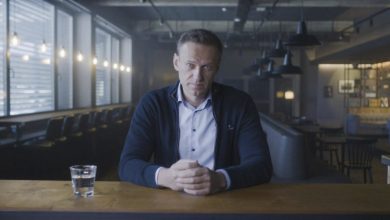 The man who stood up to Putin 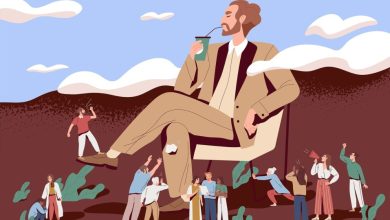 The typical Brazilian thinks that with education, everyone lives well

A reckoning with me and an unlikely rocker 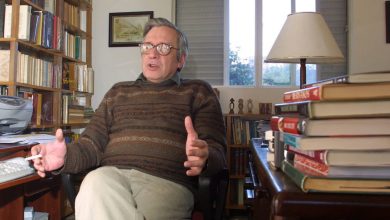 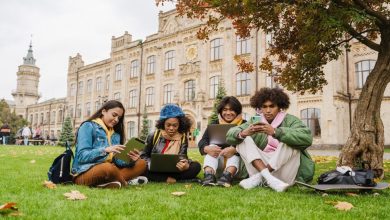