While the wisest and most elevated people on the planet gathered in a village in Switzerland to decide the course of the planet, I was on an intercity bus, sometimes wandering around on Twitter. I read that a little boy, the son of a journalist from Acre, had a heart attack and died. Anyone who is neither illiterate nor bovine by now knows that the Pfizer vaccine has a very dangerous side effect to which young males are more susceptible. But it doesn’t matter: Anvisa has already given the definitive authorization for the use of the substance, so public and private schools feel free to demand the application of the same in students. Including threatening to call the guardianship council to take away custody of the child. In Londrina, a private school did this, put the Public Ministry in the middle, the eleven-year-old girl took the vaccine and died four days later.

Well: I arrive at the bus station and hear, on arrival , a cry. The sound came from the chairs where a pair of shins could be seen. First I thought of a seizure or epilepsy, which might make you stretch out in a chair. The woman was holding the (now I saw) little teenage boy’s head, and that was another thing that made me think that maybe he was shaking. Except for the fact that he was inert, and the woman didn’t scream or ask for help. She just cried. I suppose the boy had a massive heart attack and the mother or grandmother hugged him by the head fearing that the body would slide down the chair. At that time, he was crying without asking for help. What was he going to do if the worst had happened? As for the stretched cannelloni that caught my eye, it must have caught a lot of people before me, when people used to die of natural causes earlier and outside of hospitals. Hence the expression “stretch your shins”. Anyway, I wouldn’t have come up with a plausible explanation for this bus station scene if I didn’t know that heart attack, especially in the good guys, is a predictable consequence of a substance being applied en masse.

At the World Economic Forum (WEF) in Davos, people don’t drop dead. I watched online the conversation between Klaus Schwab and Albert Bourla, the CEO of Pfizer. You can do the same by clicking here. In it, in the middle of May of 2022, we learned that we should all take the Covid vaccine, yes, and

every year . Because the virus will mutate, and Pfizer has enough technology to track those mutations and create an annual dose of the vaccine. Klaus Schwab and Albert Bourla lamented being victims of anti-vaccination radicals, people who do not believe in science and spread disinformation on social media. They could have said “a legion of imbeciles”, like Umberto Eco, Eduardo Wolf and Alexandre de Moraes (listed in chronological order), but they are too polite for that.

According to Bourla, we should all take the vaccine for an act of love. People like the 11 year old from Paraná, the 16 year old from Acre and Bruno Graf of course have little chance of getting sick with Covid, but the purpose of the vaccine is to prevent contagion and thus “protect the ones you love”. As of May 2022, we know that the vaccine does not prevent contagion. We know it has lethal side effects. But nothing prevents Schwab and Bourla from talking like that, as if known facts were not known. They say the same thing that the press and government officials have said: that Covid vaccines are safe and effective, and that taking them is an act of love.

If Bourla believes that, it’s hope you get the vaccine as soon as possible, to protect those you love. The memory pulls the news that the CEO of Pfizer had given up going to Israel because of the vaccine passport. I did some research and soon came across a fact-checking agency headline: “Pfizer CEO Is Fully Vaccinated; he canceled the trip to Israel in March.” It is not true that Bourla did not want to be vaccinated, the agency says. The truth is that this self-sacrificing soul didn’t want to jump in line; so, back in March (checking was from August of 2021), Bourla was not vaccinated and so he canceled the trip to Israel. The tweet was reproduced in which he showed a photo taking the vaccine and said he was happy to have finally had the opportunity to take it. What a humble man, what an angel!

Of course, no fact-checking agency is committed to discovering whether the syringe that injected Bourla or other global bosses. Of course, fact-checking agencies aren’t going to make any effort to find out who funds fact-checking agencies – which are more like public relations than journalism. Of course, fact-checking agencies will never argue that Bourla is a veterinarian, Schwab is an economist, and Bill Gates doesn’t even have a college degree, so they can’t say anything about epidemiology. On the other hand, not even a Nobel in virology authorizes anyone to express an opinion different from that of Bourla, Schwab and Gates, since Estadão Verifies believes it has the authority to label Luc Montaigner as misleading. Science is what research funded by the triumvirate and its allies claim to be. And the factual truth is what globalist finance journalism claims to be.

Who elected these guys?

Two things stand out in the conversation between Klaus Schwab and Albert Bourla. The first is how these non-virologists are the ultimate “scientific” authority with a very simple discourse that is repeated as absolute truth by the mainstream. The other thing is how they make world plans shamelessly. Alfred Bourla says he wants to reach dozens of poor countries, totaling a population in the billions, selling “at cost” all Pfizer drugs released in the rich world. They have a quantitative target up to 2023; they want to halve the number of people who cannot afford to pay for medicines. “So it’s a purpose-driven company,” comments Klaus Schwab, “and if you say ‘at cost’, no margin, or you should probably add a certain margin for research and development…”. To which Bourla comments: “No. We define this cost strictly as what is needed to manufacture and include minimum shipping. We excluded all research money.” So we are like this: these two enlightened people elected by no one, who talk frankly about enlightening governments, want it because they want to deliver all their medicines to the whole world “at cost price” because they are good, and they censor criticism of the products because they are very good. . There’s something wrong there. I only believe that these drugs are at cost if they have the ability to cause addiction and thus recoup the profit from the demand created. Because I don’t believe in their altruism, and there’s no fact-checker to make me believe.

They also talk about Gavi, the ubiquitous Bill Gates foundation in Africa. Bill Gates’ vaccinating entity was created in 16, after a great aversion to vaccines arose in Africa, with the rumor that they caused sterility in women. The origin of this story lies in the real purpose of the UN, aligned with the infamous UNFPA (the neo-Malthusian population control fund), which came up with a “vaccine” against pregnancy in the 1990s 90. It would be the anti-hCG vaccine. According to a series of rumors, this would be mixed with the tetanus vaccines given by the UN in poor countries (at least in Kenya this has been confirmed). With Bill Gates assuming vaccination in poor countries, he has become the favorite target of conspiracy theorists.

This transfer to a person of the risks of multilateral entities is curious.

In this circus of horrors that is the WEF, a creature appeared saying that some human rights, such as freedom of expression, have to be recalibrated. She didn’t say anything new, as we are already seeing journalists being censored for exposing inconvenient truths about Pfizer. And everyone who uses social media knows that the same forces that defend Vaccine Infallibility defend identity in the West and, in Brazil in particular, the Infallibility of the TSE – which makes it a matter of State.

The WEF guidelines are confused with the UN Agenda

. This is considered a priority by another body that no one has elected: the STF, which also lets everyone impose a vaccination passport despite uninvestigated deaths and lethal side effects predicted in package inserts.

The STF most once offered us legislation. He says that now racial slurs are equated with racism and, therefore, jail. But we all know that selecting someone based on skin color – which would constitute a crime of racism – is no longer considered racism. As an insult is something that is done with the mouth, this law serves to throw people in jail due to any crazy interpretation, such as the one according to which saying “denigrate” is racism. Globo is now ready to sign under it all and wash away tyranny with a simulacrum of public opinion. 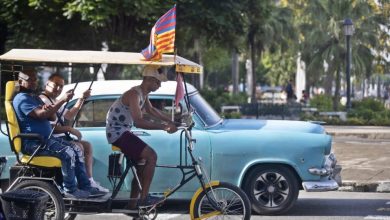 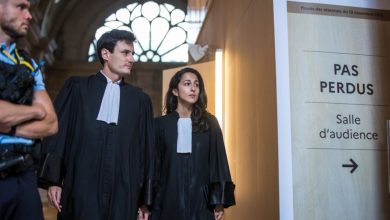 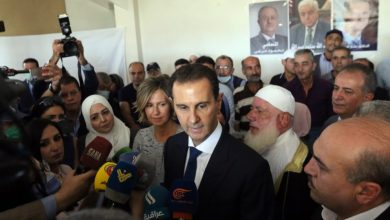 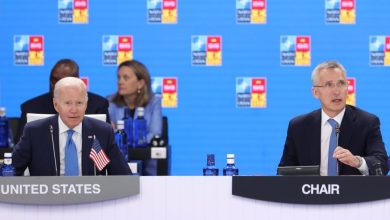 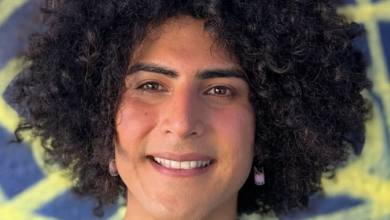