Gustavo Petro’s election in Colombia had repercussions in Latin America. Heads of State from different countries recognized and even congratulated the victory this Sunday (19) of the candidate of the left party Historical Pact. His opponent at the polls, independent populist candidate Rodolfo Hernández, also conceded defeat. President Jair Bolsonaro (PL) has not yet commented on the result.

Hernández said he hoped the winner, leftist Gustavo Petro, would know how to lead the country. “I sincerely hope that this decision they have taken will be beneficial for everyone and that Colombia will move towards the change that prevailed in the first round vote. I wish Dr. Gustavo Petro to know how to lead the country, to be firm in his speech against corruption and not defrauds those who trusted him,” he said in a short video message posted on Facebook.

The current Colombian president, Iván Duque, was one of the heads of state who congratulated the president-elect. “I called Gustavo Petro to congratulate him as president-elect of Colombia. We agreed to meet in the next few days to start a harmonious, institutional and transparent transition,” he said on Twitter.

Duque defeated Petro four years ago. years in the second round of presidential elections. The elected president became the leader of the opposition to his government and paved the way for the victory that will allow him to rule until 2026. On several occasions, Duque asked Petro to accept the results of the polls and for other contestants to trust the electoral authorities, in response to complaints by the Pacto Histórico party about alleged electoral fraud.

This morning, at the voting in Bogotá, Duque also urged voters to have “trust in the institutions” and “full confidence in the verdict of the Colombian people”. On the occasion, the still president also promised a “peaceful, orderly and institutional transition in presidential command”. “We can already say to the elected today that he will have our full support to start the presidential transition process”, said Duque after voting in the National Capitol.

What the presidents of Argentina said, Bolivia, Chile and Peru

The election of Gustavo Petro marks the first victory of a leftist in command of Colombia. Other leftist presidents also congratulated him, such as the president of Argentina, Alberto Fernández. The Argentine considers that the result “validates democracy”.

On his Twitter account, Fernández said that the victory “fills him with joy” and conveyed his congratulations “for the trust that the Colombian people have placed in him”. “His victory validates democracy and guarantees the path to an integrated Latin America, at a time when maximum solidarity between fraternal peoples is required”, he declared.

Bolivian President Luis Arce, also from the left , congratulated Petro and his running mate, Francia Márquez, and stressed that with their victory in the presidential elections in Colombia “Latin American integration is strengthened”.

Former Bolivian president Evo Morales also joined congratulations to Petro and Márquez, whom he highlighted as the first vice president of African descent in the history of Colombia. “We congratulate the people of Colombia, brother Gustavo Petro, the newly elected president, and sister Francia Márquez, the first vice president Afro-descendant president in that country’s history for his undisputed victory at the polls. It is the victory of peace, truth and dignity”, he highlighted on social networks.

Chilean President Gabriel Boric, also from the left, called Petro’s victory a “joy for the Latin America” ​​shortly after calling him to convey his congratulations. “We will work together for the unity of our continent in the challenges of a rapidly changing world. We continue!” he wrote on Twitter.

The president of Peru, Pedro Castillo, another leftist, congratulated Petro on the historic democratic victory” in the presidential elections. “I just called Petro to congratulate him on his historic democratic victory in Colombia. We are united by a common feeling that seeks collective, social and regional integration improvements for our peoples. Brother Gustavo, always count on Peru’s support”, he wrote on Twitter.

The victory of Gustavo Petro was also recognized in Cuba and Venezuela. The Cuban dictator, Miguel Díaz-Canel, congratulated the elected Colombian president “I express my most fraternal congratulations to Gustavo Petro for his election as president of Colombia in a historic popular victory”, he said in the Twitter.

Díaz-Canel also expressed in his message to Petro the “willingness to advance in the development of bilateral relations for the well-being of our peoples.” Cuban Foreign Minister Bruno Rodríguez , also reacted on Twitter with “warm congratulations” to the candidate who won the second round of the Colombian presidential elections.

Venezuela President Nicolás Maduro also recognized the Colombian’s victory. Francia Márquez for the historic victory in the elections presides cials in Colombia. The will of the Colombian people was heard, who left to defend the path of democracy and peace. New times are in sight for this brother country”, he commented on Twitter.

Likewise, the number two of Chavismo, Diosdado Cabello, expressed his best wishes to Petro and wished him “the greatest success “. “I would like to be brief, but the victories of the peoples give me great and immense joy. Colombia voted for a change, we wish President Petro and Vice President Márquez every success. To the Colombian people: a Bolivarian hug”, said the deputy on the social network.

With information from the EFE Agency 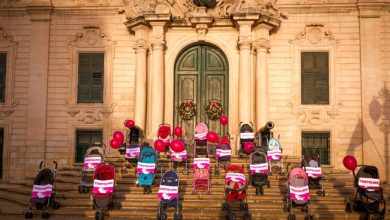 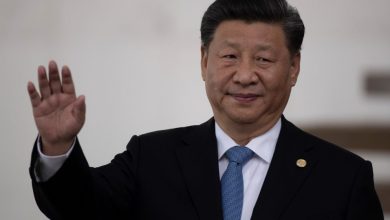 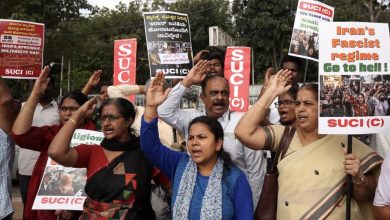 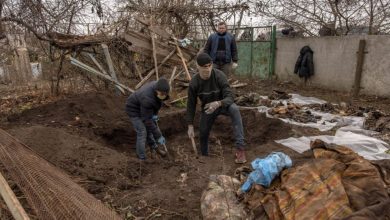