It is increasingly difficult to pretend that we do not live in an open-air asylum. Thank God I’m in a country town, and the crazy people that come to me are the most harmless. They just walk on the sidewalk talking to non-existent people. In fact, hospice and open sky are two desirable things compared to the current state of affairs, because with a hospice you determine who is crazy and who is not crazy, and with open skies you are less susceptible to snooping on the internet and feeling in what is not an open-air hospice

, but rather a therapy place for neuroatypical people or with the condition such. Because now there is no longer a hospice or crazy person: there is a common space full of medicated people. You cannot simply assume that the person before you is master of his own reason; therefore, it is not possible to differentiate crazy from not crazy.

Look at the lady in São Paulo who decided to imitate Frank James, the black supremacist who went out shooting in the New York subway. The female James went to the São Paulo subway to stab men, aiming for the jugular. As we have seen, Frank James’ ideas are indistinguishable from the average journalist (who is progressive). As for our anonymous lady, the police say: “When we first heard from her, she denied that she had committed the crime. Afterwards, she informally confessed that she had committed both crimes. Finally, she claimed she was being harassed. But we checked out the two men she injured, they are good, hardworking people and have no connection to her.” Unfortunately, this lady’s name has not been made public. If it did, I am absolutely sure that an intense life online

They don’t know what they want

The fact is that feminist activism has proved incapable of proposing any ideal to ordinary women. In the beginning, the idea that the home was a woman’s prison was sold. Freed from patriarchal oppression, women could fulfill themselves through work. This may be true for some ) women, as is true only for some men that work is a source of personal fulfillment. There are painters and there are cane cutters. Painting is a hobby for some men. Painting is a cool profession. Cutting sugarcane is not a hobby to no one. Cutting cane is not a legal profession. If anyone were to tell all or most men that they must go to work to fulfill themselves with glorious careers, he would of course be a liar. So why did people find it cute to say that to women? The fact is that the possibility of fulfilling herself as queen of the home was within the reach of rich and poor; the task of becoming a professional is within the reach of few. It is true that lesbian truck drivers would have a harder time fulfilling themselves as queens of the home. I leave it to the reader to decide which is the largest contingent of women in the world: lesbian truck drivers or women with boring and low-paid professions.

Being a “caregiver role”? 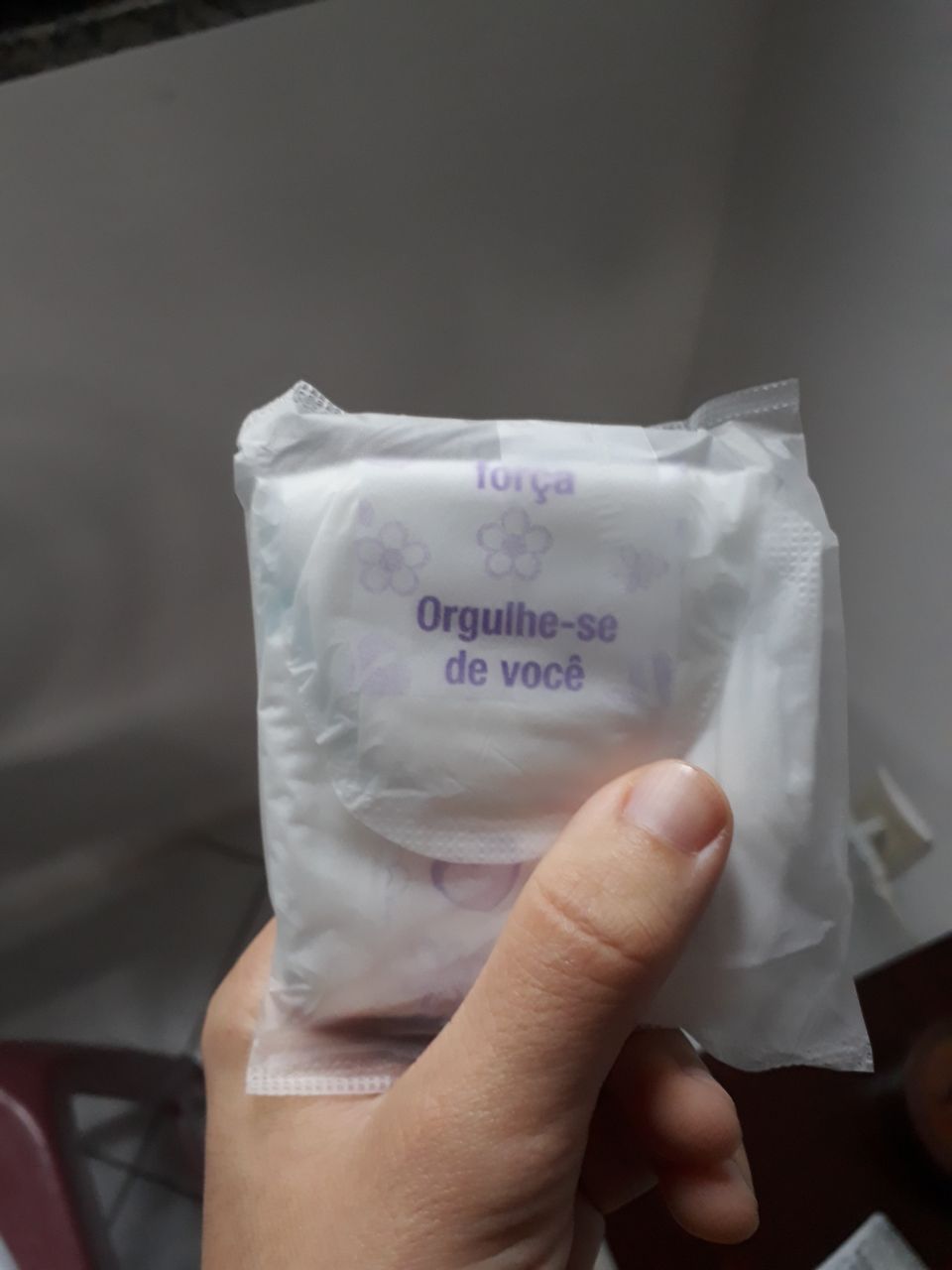 Feminist propaganda has forgotten work as a source of fulfillment for women. But the campaign against motherhood as a form of personal fulfillment continues. On this Mother’s Day, Folha de S. Paulo

did an article entitled “Single mothers pay for their own gift on Mother’s Day in schools”. The term “solo mother” in itself is jaw-dropping. Soloist is the musician or dancer who performs alone in a show. The mother is solo because she is not a duo, that is, she does not do a duet with her father. I can imagine a soloist on stage lifting a violin, but not a baby. Motherhood is something done for an audience, not for the child. In short: having a child serves to show off on a social network.

Folha listens to an expert: “Specialized in defending the rights of mothers, Ana Lucia Dias says that the actions of schools are more like oppression. ‘Gifts are not usually for the woman, they are always for the caretaker function.’ For her, situations like this show how society considers that, upon becoming a mother, a person ceases to exist as an individual. ‘It’s as if being a mother is all about care and it’s not. We see in this relationship of motherhood the total erasure of women’”. Hence it appears that, if the school made the children give a vibrator on Mother’s Day, then it would no longer be oppression (Google “empowerment vibrator” and see the profusion of results). I don’t know what kind of society these people expect, in which children must stop seeing their mothers in their “caregiver role” and start seeing them as women, presuming that the two things have to exist separately. It has to be very narcissistic for a mother to look at the child and complain about being seen in her caregiving role. The “solo mothers” heard claim that the gift was chosen by the school without even realizing that it is not a gift from the school to the mothers , but a gift that the school helps the children to give to their mothers. School Mother’s Day is made for the child, not the mother. In the absence of a father to help the child choose a gift to give to the mother, the school does this: it teaches the child to give the mother a gift. These narcissists cannot see that they are not alone on a stage at their children’s school.

However, in the same article we read that fathers “only pay child support”, therefore, they do not pay the Mother’s Day rate. The pension is, as a rule, one third of the salary. Any finance expert thinks it’s a bad idea to spend a third of your salary on rent, but it’s normal to punish single or divorced parents with the loss of a third of their income and reward single or divorced mothers with a third of their ex’s income. If that wasn’t enough, the father would have to pay for the Mother’s Day gift too. Folha heard a complainant: “The lawyer remembers that the father of the child pays the child support, and that’s it. ‘I take care of him, I do my homework, I take him to football, to training, to the doctor and to school’”. Behold, the “caregiver function” appears – to be performed by the father who does not live with the child, God knows how.

It is difficult to understand what these people have in mind. It is hard to work on the street and take care of a child alone. If the father paid the Mother’s Day tribute, it would still be “only” money. Everything happens as if motherhood consisted of receiving social privileges, ranging from being able to pose as a victim (“What a horror! I received a gift from my 5-year-old son as a caregiver!”) to grabbing a third of the ex’s income. Being a mother has nothing to do with altruism.

Women traditionally liked to be queens of the home; now you can’t. Traditionally, they liked to be pretty. This can. But traditionally it was admitted that it is not nice to go around showing off, as both vulgarity and frivolity are not recommended. In this out-of-season carnival, news like “So-and-so shows off her body like this roasted in such a place” popped up. Only the celebrity’s face appeared in the publicity image. Anyone interested in the so-roast had to click. By clicking, you had material for adult entertainment (male, note) free.

I think it’s unlikely that a human being can make sense of his life by baring his ass to the public. Even if it does, few women will have a good enough physique to live baring their ass. Even if all the young women were beautiful – and they aren’t – the constant display of beautiful tits and butts would make each young woman just another beautiful tits and ass in the virtual showcase. What kind of deep relationship can someone who sees themselves as boobs and ass have? Even friendship is difficult. There’s no business to deal with with a walking ass.

And there’s still aging. It’s impossible to have nice tits and ass to show off to the internet at 13. Perhaps it is the case of establishing a public, free, quality euthanasia to remedy old age.

So it’s no wonder there are crazy women everywhere. Unlike many of her ancestors, today’s woman should not expect social acceptance by being a good housewife who chose a good husband and raised good children. She was given the task of being a brilliant professional, passionate about her career – but many don’t even get a job, let alone a passionate career. What’s left? Show your butt – but not everyone has a nice butt to show off. Then the crazy woman becomes a progressive militant: she begins to look for meaning in life repeating the creed that the media and marketing agencies

And the worst thing is that the marketing is really invasive. Not even when the woman is quiet changing her fashions, the marketing leave in peace. Check it out:

In the past, it took some degree of intimacy to deliver motivational phrases to someone. Today, it is acceptable to take advice from an inanimate object – hence the modests. Whoever listens to modests is crazier than the crazy person who talks to himself on the sidewalk. The woman then leaves the house and decides to buy a can of condensed milk to make dulce de leche in the pressure cooker, since the last dulce de leche bought ready-made were not good. She reads the label because it costs nothing to see a recipe, and… Behold, the label says that “pudding is also therapy”. It is now normal to assume that the woman who insists on dessert needs therapy. Pudding-based therapy, on top of that.

But it is likely that marketing agencies don’t be crazy, and crazy be even the women who believe in marketing agencies and in the media. Attention, ladies: if you make a lot of use of legal and very official ideologies, it is possible to end up like that crazy woman “in a white bathing suit, with a belly simulating a pregnancy and attached dolls, representing the babies she was aborting [e] shouted’Help me abort my babies’, dancing around the church.”