Alena Kononova, from 768 years, saw her mother shot and her building bombed before they both left Mariupol: “I thought daily that it would be the last day of my life”| Photo: Luis Kawaguti 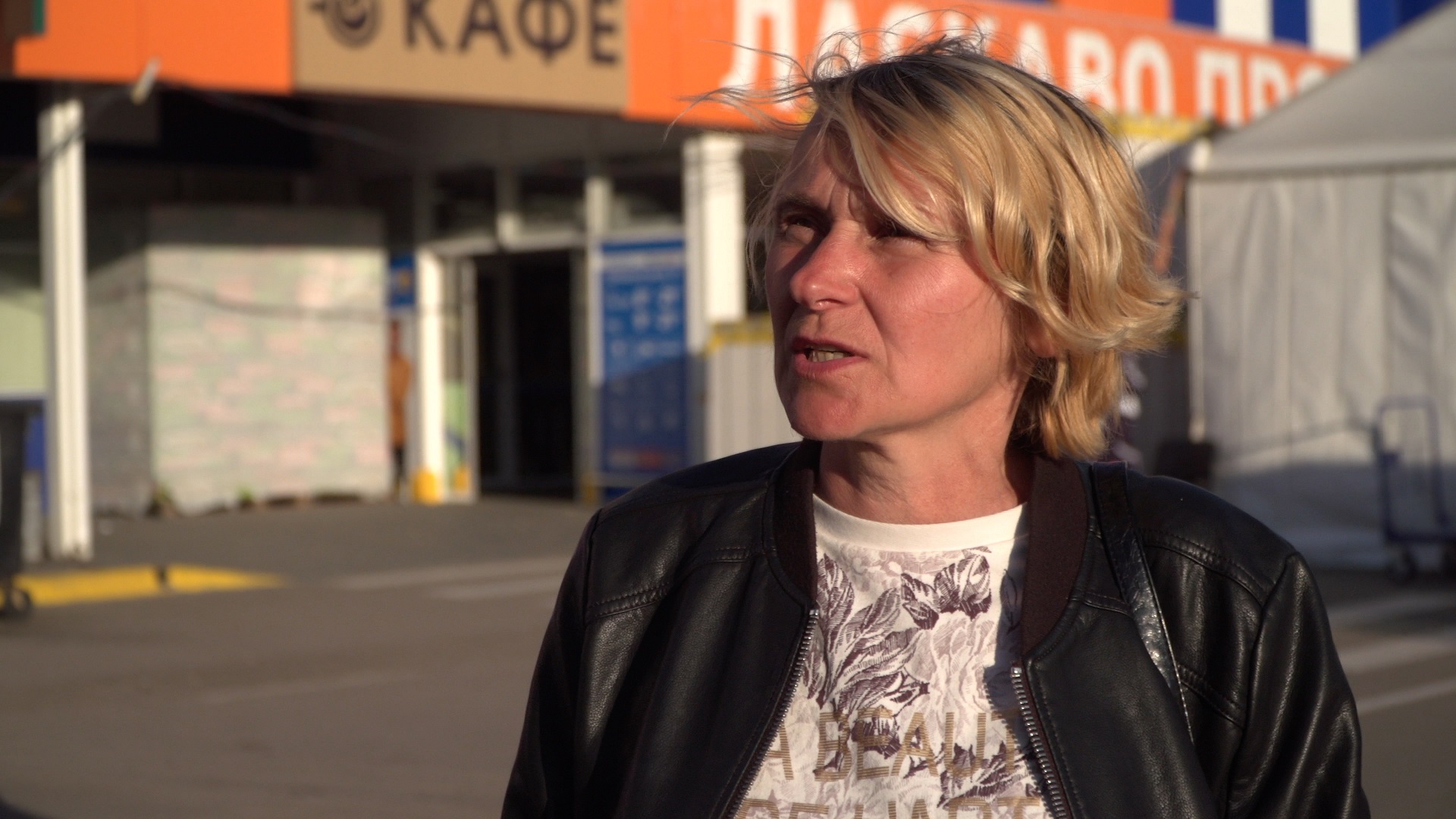 Without electricity or gas, residents of the city of Mariupol in southeastern Ukraine have to go out into the streets to cook over open fires, but this leaves them vulnerable not only to bombing.

“When Russian soldiers see someone in the street, shoot in the legs or arms. I saw it happen four times and one of them was with my mother,” said young Alena Kononova, from 18 years, in an interview with this columnist in Zaporizhzhia.

“We left our building to cook and they came shooting with their rifles. They hit her in the right shoulder. We ran inside and they followed. They walked into our apartment and started asking if we supported Russia or Ukraine, and my mother was bleeding. I was terribly afraid”, said Alena.

According to her, the soldiers ransacked the apartment, took some of the family’s belongings, and eventually left. It was after this episode, which took place two weeks ago, that the two decided to take a risk on the perilous journey of escape from Mariupol.

The city has been one of the main military objectives of the Russians since the beginning of the war, in 24 of February. Mariupol had more than 18% of its buildings hit in the clashes and more than 200 thousand of the 380 a thousand inhabitants fled. Today, the city is in Russian hands, except for an area of ​​ square kilometers, where about 2,000 fighters and 2,000 civilians resist in the Azovstal steelworks complex.

This week, UN Secretary General António Guterres met with Russian President Vladimir Putin, and later with Ukrainian President Volodymyr Zelensky, to try to sew a deal and reopen a humanitarian corridor to allow civilians to leave the city.

In the meantime, many residents try to leave the city on their own, in a dangerous journey of 200 kilometers to the city of Zaporizhzhia – a journey that can take days.

Alena and her mother left town in one of the last hallways that were open. “On the day we were leaving to catch a bus, our building was bombed. We were leaving the apartment when the bomb dropped on the fifth floor, but on the opposite side of where we lived,” said Alena.

She lost consciousness and was carried by her mother and neighbors onto a refugee bus. She only woke up when the bus was starting to leave the city. “It was horrible. We passed a building that had collapsed and had some 20 dead people around”, he said.

“The trip took 04 hours, we went through 35 checkpoints and, in each one, all people were searched. In the last one, the Russians said that if we didn’t come back to fix the city of Mariupol, they would also destroy Zaporizhzhia.”

“Since the attacks on Mariupol started, I thought daily that this would be the last day of my life”, he said.

But humanitarian corridors are becoming a rarity, as Russia and Ukraine cannot agree on the fate of Azovstal’s defenders. There have been no buses departing from Mariupol to Zaporizhzhia for over a week. This has made many people try their luck in their own cars. The biggest danger is that they have to pass through the “no man’s land” between the Russian and Ukrainian armies – under constant danger of being bombed.

When I was this week in a village located in zone zero, the so-called “no man’s land”, I could see the danger of the trip. Russian troops advance every day, bombing the trench lines furthest from Zaporizhzia. As the Ukrainians lose these positions, they retreat to more fortified positions – with trenches full of battle tanks and artillery – positioned closer to the city.

Russian artillery bombed the car in which I was traveling with fellow journalists just as we were passing near one of the furthest lines of trenches. Our car was properly identified as press, but we were still bombed along with three other civilian cars. Fortunately, no one was hurt. It is this type of attack that threatens the lives of civilians trying to leave Russian-occupied territory. Even cars identified with white cloths or the word “children” in Russian written on the bodywork have been bombed.

Olga Karnovich, from 52 years old, made the journey this week. She was accompanied by her daughter and six other acquaintances. “We were in two cars and did not take the road straight to Zaporizhzhia. then we came to the Ukrainian side. It took us three days to arrive”, she said.

“Apart from the soldiers in Azovstal, I think most people who are still in Mariupol want to stay with Russia, it is a small part of the population,” she said. “Ukraine is my homeland, so I don’t I didn’t have to decide, I knew I needed to go to Ukraine free, not stay in the occupied territory”, he said.

Volunteer Denis Ostapenko is a resident of Mariupol and has helped organize numerous unofficial convoys to evacuate residents of the city. But he said that the situation in the city had deteriorated a lot and, after participating in a convoy of more than 100 cars in the last week, he decided not to return to Mariupol.

“When I was taking supplies to a hospital, I saw a woman with a five-day-old baby, both of them had been killed by a very large bomb that had fallen near that hospital. The bodies were on the ground with shrapnel wounds,” he said.

“ I always saw explosions to my right and left, I even got used to it, but I decided to leave Mariupol because it was very dangerous and I fear for my family”, he said.

I don’t speak Russian and Ukrainian, but I noticed that all Mariupol residents I interviewed speak Russian more than in Ukrainian. Cultural ties with Moscow are great.

I asked many refugees about what thought of one of President Vladimir Putin’s justifications for the war: the liberation of ethnic Russians who live in the eastern region of the country from the domination of the Ukrainian government.

It was not possible to speak to anyone who wanted to stay in Mariupol, but all those who fled to Ukrainian cities and spoke to me in Zaporizhzhia stated that the Kremlin’s argument is a lie.

“They released us only from our relations with our neighbors , from our families, from our homes, not only in Mariupol, but throughout the country. Russians lie all the time,” Ostapenko said.

“You have to destroy Russia’s political system, because it’s not fascism, it’s not Nazism, it’s ‘Russism’, a new ‘ism’, so we need help from all over the world. I can’t wait to see Mariupol free and start rebuilding it,” he said.