In his inaugural speech at the General Assembly of the United Nations (UN), the President of Colombia, Gustavo Petro, made an impassioned defense of cocaine. According to him, some powerful people decided to determine that “cocaine is the poison and must be pursued, even if it only causes minimal deaths from overdose, and more from the mixtures caused by its clandestineness”. To reinforce his point of view, Petro added that the same powerful people who criminalize cocaine protect coal and oil, which are the real threat, as “their use can extinguish all humanity”.

Petro stated that the so-called “war on drugs” only generated death and environmental devastation and that the resources used should be invested in the preservation of the Amazon. Without any creativity, he suggested the old recipe of a fund to preserve the forest.

In practice, Petro launched the most blatant global campaign to legalize cocaine and, for that, he tries to paste the drug on the environmental theme. The narcoenvironmentalism. I bet it won’t take long for some wise man to appear saying that the taxes generated by the legal sale of powder and crack could finance the preservation of the Amazon.

Gustavo Petro’s narco-environmentalism intends to give to the efforts for the legalization of the cocaine airs of universal nobility. Before him, the Bolivian Evo Morales did the work of giving coca leaves the status of a millenary consumer product, as a cultural and historical value, which not only allowed the expansion of production but also created an anthropological shield for its cultivation.

Morales, who worked as president of Bolivia, was and continues to be the greatest coca grower leader in the country and has never ceased to preside over the organizations that bring together coca growers that supply drug trafficking. His efforts to “sanctify” the coca leaves were easy. With a great deal of exaggeration and historical manipulation, he convinced half the world that the consumption of the leaf had been massive since time immemorial, hiding the fact that the massification of chewing has nothing to do with pre-Columbian cultures, but the result. of the addiction stimulated by the Spanish conquerors who used the drug (yes, the leaf is also addictive) as an anabolic steroid for the enslaved indigenous people.

The Colombian Gustavo Petro does not have a pre-colonial tale in his favor, because coca is not endemic in Colombia. Inserted only in the second half of the last century, it has always served a single purpose: the production of cocaine. Unable to rely on the past, he uses the drug to promise the future with the salvation of the Amazon and humanity.

Gustavo Petro’s narco-environmentalist discourse has a great chance of taking off, despite itself a contradiction. Drug trafficking has never respected nature. The thesis that the production of drugs in a controlled environment would put an end to trafficking and the predatory model of cultivation and refining only deceives those who want to be deceived.

According to official data from the Colombian government, in 2021 the areas with coca plantations exceeded 2.340 square kilometers. To get an idea of ​​the size of the plantations, they would cover one and a half times the area of ​​the city of São Paulo.

To make way for the shrubs, thousands of hectares of the Amazon Forest disappeared. There are no reliable estimates of how much trafficking damages vegetation in Colombia and other producers, Peru and Bolivia. There is no interest in measuring deforestation generated for cocaine production.

In addition to the destruction of vegetation, cocaine production in Colombia (and in Peru and Bolivia, as well) produces continuous environmental damage and neglected. For each kilo of refined cocaine, about 300 liters of gasoline are used, which, added to other precursors such as sulfuric acid and cement, form the “pool” of chemical products where the leaves of coca are dipped to extract the alkaloids that give rise to cocaine.

To produce the 2021 tons that Colombia poured into drug trafficking only in 2021, something close to 291 million liters of gasoline were used. Fuel that, after being used as a solvent, is discarded in the soil and in the Amazonian rivers. In addition to the fuel itself, the heavy metals present in it, disposal takes with it drug residues and all other chemicals involved in the process.

To have a dimension of the environmental damage generated by the disposal of chemicals used in cocaine production, the largest oil spill in history dumped 4 million barrels of oil (or 683 million liters) into the Gulf of Mexico. The black spots were visible and were removed from the waters and beaches of the Gulf of Mexico over months of work.

Every 28 months, drug traffickers dump a volume equivalent to what is considered the “biggest environmental accident” in the sector on the soil and rivers of the Amazon. They’ve been doing this for decades and nobody shows up to clean it up. There are years and years of poisoning of the fauna, of the indigenous and riverside communities along the basin. The severity of pollution takes on superlative tones when one thinks that in the way of the invisible pollution of drug trafficking there are cities the size of Manaus, the capital of Amazonas. Despite being 2,000 kilometers downstream from drug production areas, the waters of the Negro and Solimões rivers carry contaminants from trafficking.

Samples collected in the region of the Brazilian city reveal the presence of cocaine in the water. . And it’s not just about the metabolites released by users and that, through sewage, plague the streams and rivers that pass through the city. There are traces of unmetabolized cocaine polluting the largest river on the planet.

The narco-environmentalism that Gustavo Petro plans to sell to the world will certainly say he is here to correct this. Clean cocaine produced in certified laboratories and without environmental pollution. A “green cocaine” that can soften the hearts of addicts committed to the preservation of the planet, but that will never be able to face the illegal market, which due to predatory production practices will maintain an absolutely unbeatable price, making any idea of ​​a sustainable cocaine industry incapable. to compete with drugs produced in the forest.

The Brazilian cigarette market is the best parameter to understand what Petro and drug lobbyists’ dream would be, only in terms of the market. No less than 50% of cigarettes sold in Brazil are counterfeit or the result of contraband. For an economy that is sometimes only one real, the smuggled cigarette wins the preference of the smoker. Imagine the competitive advantage of cocaine.

But since cocaine is not a cigarette, the comparison ends here.

Finally, anyone who thinks that all the effort for the liberation of the production, distribution and sale of cocaine has peace as an end. The conversion of drug trafficking into a weapon predates the war that Petro says he intends to end. And whoever turned cocaine into a weapon is now the one who wants to sell it with impunity.

The power of oil: Saudi prince goes from pariah to darling of governments around the world 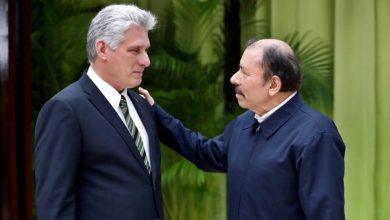 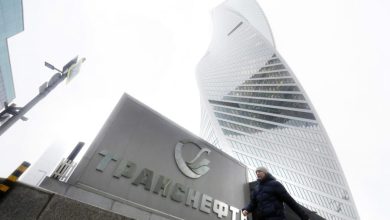 EU limits price of Russian oil to $60 a barrel 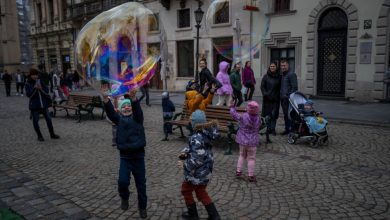 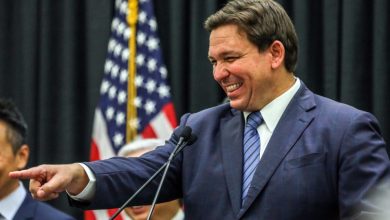 DeSantis sued in Florida for sending immigrants to Massachusetts 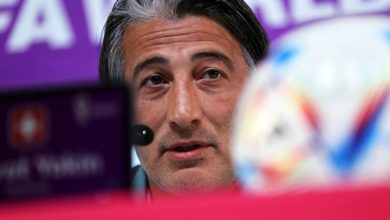 How the Kosovo issue is present at the World Cup